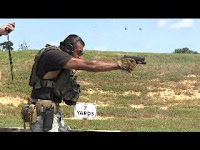 Throughout my years in law enforcement special operations, I have had privilege of numerous opportunities to train under the tutelage of Paul Howe, a retired US Army MSG (Master Sergeant); he is a 20 year veteran with 10 years within Tier 1 Special Operations including time spent as a Team Leader & Senior Trainer within Delta Force. Now the founder/owner of CSAT (Combat Shooting & Tactics) in Nacogdoches, TX, Paul teaches military, law enforcement, and civilians using a unique methodology – one that has been built effectively on his years of operational/combat experience and distilled for simple efficiency through his years of teaching experience. The author of numerous professional articles and books including “Leadership &Training for the Fight” &“The Tactical Trainer”, Paul’s professional background also includes time as a sworn law enforcement officer as well as an academic master’s degree. His professional reputation has a pseudo-celebrity like air that precedes him due, in part, to the success of the Mark Bowden book turned Hollywood Film, “Blackhawk Down”.

I first met Paul in 2004 following a tour in Iraq. While prepping for the GWOT, I had attended some DOD funded CQB & vehicle combatives training taught by military contract training groups. Coming from a CQB-oriented background, I found that most of these contract groups with whom I had contact with spent a majority of their class in explanations or demonstrations as to ‘why they were better than you’ – as true or untrue as that may have been, each case varied, neither the explanations nor demonstrations focused on improving the student’s skills. During my first 30 minutes with Paul, when he had not used the word “I” continuously in the classroom portion of the course, I knew that this experience would be different from other contract trainers with whom I had worked with.

The first classes that I attended with Paul in 2004 were the tactical pistol operator (TPO) and tactical rifle operator (TRO) classes. I noted that Paul emphasized proper kinesiology and bio-mechanics with a firearm inorder to develop what he called a “natural point of aim”; a skeletally supported point of aim requiring no ‘muscling’ of the weapon.  The use of these proper bio-mechanics resulted in the weapon naturally returning to this position (the natural point of aim), on target, following recoil. The manner in which he explained the mechanics of the natural point of aim were reminiscent of my most influential martial arts teachers’ explanations of the kinesiology of various techniques. Paul also emphasized that the correct mechanics produced accuracy and the repetitive practice of these correct mechanics resulted in the smooth application of them – that smoothness was speed. Here again was a parallel explanation with my martial arts teachers.

Since that time, I have attended numerous classes with Paul including classes on mindset, leadership, and tactics. I can say that the student-centric, self-paced progressive teaching methods I encountered in my first TPO & TRO classes were not an anomaly, but rather the standard in Paul’s method of CSAT. Since that time I have had the privilege to receive instructor certification as a CSAT Shoothouse, Tactical Pistol, and Tactical Rifle instructor. This past September, I was given the opportunity by the Academy to travel to CSAT in TX; I was again inspired by Paul’s quiet professionalism, his ability to demonstrate combat effective techniques at a moment’s notice, but, more significantly, as a student-instructor, I learned a deeper lesson in creating “a natural point of aim”. While calibrating the student-instructors during the week previous to us teaching, Paul kept reminding us to “get our minds right & our hearts pure”. After the training day I would reflect on that phrase as I cleaned weapons, gear, ate, and did PT – I probably heard that phrase everyday at CSAT. I began to realize that phrase described the ‘bio-mechanics’ that differentiate good teachers from great teachers. When your mind(set) is “right” and your heart (intentions) are “pure”, your “natural point of aim” as a teacher will be student-centric. This “natural point of aim” allows for the highest quality of transference of the curriculum between students and teachers. It also allows teachers to learn from the teaching process. I also realized that in 2004, while I was not able to articulate the difference between Paul’s training and that of other contract instructors whom I had trained with, this phrase described the essential difference. Paul has committed himself to developing a ”natural point of aim” not just as a combat platform, but as platform from where to teach, lead, and mentor others.

As the days in 2012 wane, the Midwest Academy’s Leadership Development Group (LDG), our teacher core, begins to plan the direction for 2013. The LDG symbol that was adopted earlier in 2012 was the triangle; it was symbolic of stability, mutual support, and forward progression. But as I examine it again, the triangle also seems to indicate a natural point of aim and I would encourage each member of the Academy’s LDG to commit to “getting their minds right & hearts pure” – a disciplined conscious journey rather than a static destination.

To further research CSAT, visit http://www.combatshootingandtactics.com/index.html
“A person who has mastered an art reveals it in their every action” – Yamamoto Tsunetomo from “Hagakure” –

Posted by David Hakim, Director of the Midwest Academy at 6:18 PM 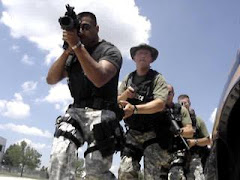